Epsilon Gets Qualified as Anode Precursor Supplier for Li-ion Batteries 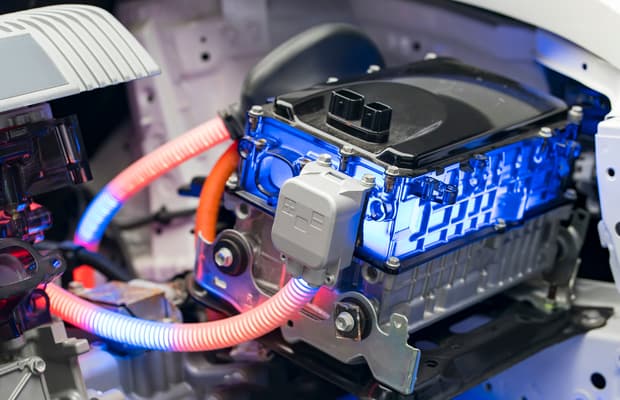 Epsilon Advanced Material, a leading domestic manufacturer of advanced cell chemistry materials and a subsidiary of Epsilon Carbon, has received an initial order for its Anode precursor material from two top anode makers in Japan and China. Globally synthetic graphite has a 60 percent market share in the anode material space. With these positive results, Epsilon is successfully qualified as a supplier in the global Lithium-ion (Li-ion) battery supply chain.

This is in line with Epsilon Carbon’s broader strategy to become the world’s first vertically integrated and sustainable anode material producer in the Lithium-ion battery supply chain with a plan to expand synthetic graphite capacity to 35,000 MT by 2025. The company is targeting sales volumes of 10,000 metric tonnes of anode precursor material in FY22 with exports being a significant contributor of the sales. The firm is also in the advanced stages of getting its material qualified with upcoming cell manufacturing facilities in US and Europe.

Vikram Handa, Managing Director of Epsilon Carbon said “Technical performance anode makers has shown that Epsilon material is highly suited to support cell-makers in developing longer range & quick charging batteries. This has been also been appreciated by the Battery Electronic Vehicle (BEV) segment. Anode manufacturing is an essential part of the battery supply chain. Epsilon Carbon with our sustained backward integration of raw material is best placed to support increase this value addition for Indian-based battery/ cell manufacturers while continuing to service our Global clients’ demand.”

With the growing acceptance of electric vehicles, the Li-ion battery is likely to dominate over the next decade. Many countries have announced plans to set-up battery making Giga factories to support their mobility and energy storage needs of 2600 GWh by 2030.

Similarly, under the Aatmanirbhar Bharat initiative, the central government has come-up with the PLI scheme for 10 sectors including Advanced Cell Chemistry battery to facilitate and promote indigenous supply chain manufacturing capabilities. Through this scheme at-least, 5 Giga factories (10 GWh each) are expected to come-up immediately with each factory attracting an investment of USD 1 billion. Under this scheme, there is a total cash subsidy of Rs ~34000 crore planned over the next 10 years.

The firm has revealed that cell manufacturers looking forward to set-up their facility under the PLI scheme are approaching Epsilon to secure their raw material needs. Epsilon being a 100 percent indigenous producer of anode material, gives them a competitive advantage in complying with localisation norms to avail subsidies. The firm’s manufacturing leadership in graphite anodes will make India self-sufficient as a key raw material for LiB cells. With a capacity of 35000 tons of synthetic graphite, Epsilon would be able to support 35 GWh of cell manufacturing.