Answering questions on progress made by Power Ministry in establishing the EV charging stations in India, RK Singh has detailed the initiatives of the Power Ministry and that 970 public stations have been installed so far. 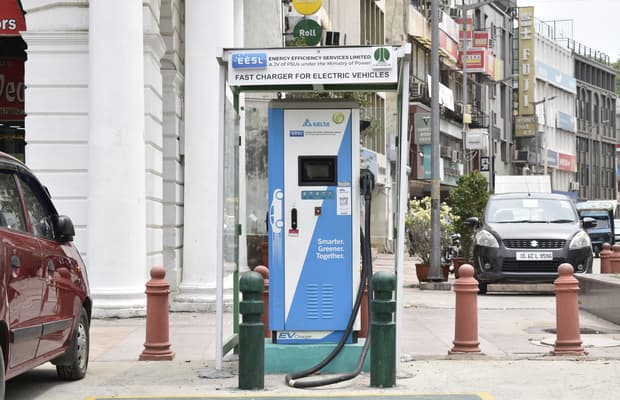 Answering a question raised in the Rajya Sabha on the progress made by government-backed agencies in establishing the Electric Vehicle (EV) charging infrastructure of India, Union Minister of Power and New & Renewable Energy RK Singh has detailed initiatives of the central government/ Power Ministry and the progress made so far – reporting a total of 970 installed public stations in the country.

The Ministry of Power had issued the “Charging Infrastructure for Electric Vehicles (EV) – Revised Guidelines and Standards” on October 1, 2019. The guidelines provide that the Central Electricity Authority (CEA) shall create and maintain a national online database of all the Public Charging Stations through Discoms.

The power minister stated that Energy Efficiency Services Limited (EESL), Power Grid Corporation Ltd (PGCIL), and NTPC all under the executive control of the Ministry of Power have been engaged in the installation of Public Charging Stations (PCS) in the country.

Furthermore, 386 EV Charging Stations have been installed through the Department of Heavy Industry (DHI) under Phase I of Faster Adoption and Manufacturing of (Hybrid &) Electric Vehicles in India (FAME India) Scheme. Bringing the total number of stations installed at 970, so far. In addition to these, DHI has also sanctioned 2877 EV Charging Stations across 25 States/UTs under the FAME India scheme Phase II.

When asked about whether EV charging stations are being operationalised along highways, the minister stated that as per the 2019 guidelines the density of Public Charging Stations (PCSs) at Highways/Expressways has been envisaged as at least one public charging station at every 25 Km on both sides of highways and one Fast Charging Station for long-range Electric Vehicles (EVs) and/or heavy-duty EVs at every 100 km, one on each side of highways/road.

The minister also stated that the DHI has issued Expression of Interest (EoI) Inviting Proposals for availing incentives under FAME India Scheme Phase II for the deployment of EV charging infrastructure on highways /expressways. The EoI provides for the installation of a total of 1544 Public Charging Stations across 25 highways/ expressways as per the same density requirement given in the 2019 guidelines.