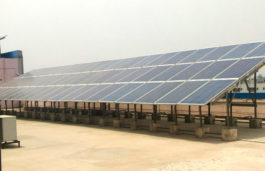 The Nagpur Municipal Corporation (NMC) is reportedly gearing up to open city’s biggest hall, Suresh Bhat Auditorium illuminated by solar power soon. The auditorium has a seating capacity of 2000. According to TOI standing committee headed by Sudhir Raut approved the proposal to set up Rs. 1.18 crore solar power p at the auditorium at […]