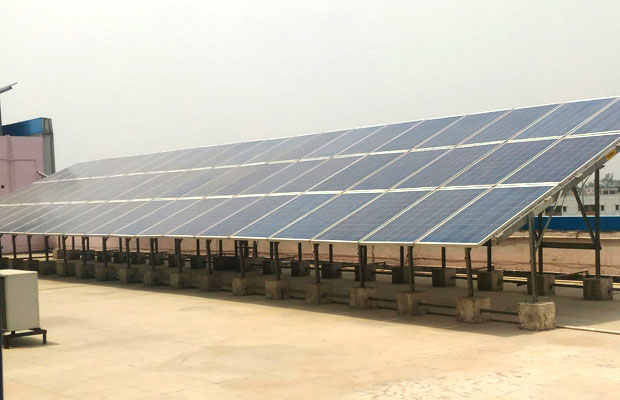 The Nagpur Municipal Corporation (NMC) is reportedly gearing up to open city’s biggest hall, Suresh Bhat Auditorium illuminated by solar power soon. The auditorium has a seating capacity of 2000.

According to TOI standing committee headed by Sudhir Raut approved the proposal to set up Rs. 1.18 crore solar power p at the auditorium at a cost of Rs. 1.18 crore.

Ruling party leader Dayashankar Tiwari speaking to the publication said the plan was suggested by Union transport minister Nitin Gadkari. He added “The NMC will have to bear expenses on operation and maintenance of the auditorium. The major expense will be of power. Organizations using the hall on rental basis will have to pay the power bill. Charges will come down to a great extent if the total consumption is from solar power.“

The project took almost six years due to delay in construction, but now 90% works of the auditorium are complete.

The report states that project was planned at Rs. 33.60 crore, however the cost escalated to Rs. 77 crore. Private firm, Sadique and Company is setting up the system under the state government’s new metering scheme; it will have an installed capacity to generate 200 kw/hour.