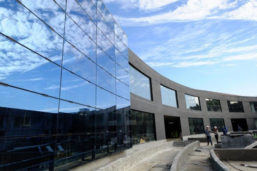 SUNEW, a Brazilian company located in one of the principal poles of solar energy on the planet, just announced the largest global use of OPV (Organic Photovoltaic) technology, considered to be the third generation in solar energy, installed on the outside of a commercial building. OPV used on glass is capable of transforming sunlight into […]