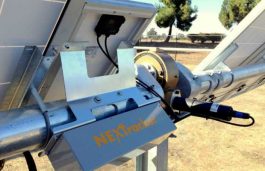 NEXTracker’s demand has expanded rapidly in India with over 20 projects delivered or under fulfillment with six of India’s largest developers and EPCs. NEXTracker has announced that it will be manufacturing additional structural components of its solar tracking systems locally in India. By augmenting its supply partners to include APL Apollo Tubes Limited along with four other local steel fabricators […]

Ujaas Energy Confirms its 7 MW Solar Plant in MP is Under...