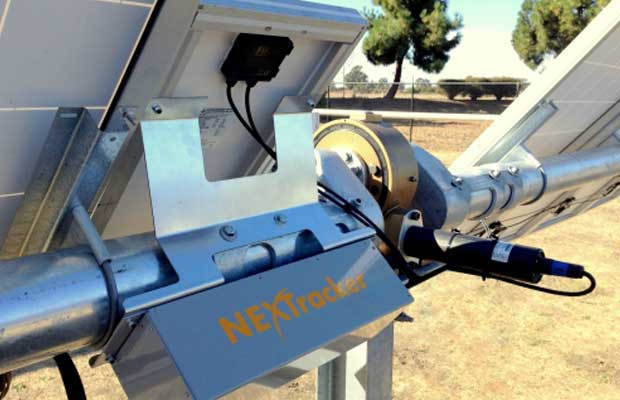 NEXTracker’s demand has expanded rapidly in India with over 20 projects delivered or under fulfillment with six of India’s largest developers and EPCs.

NEXTracker has announced that it will be manufacturing additional structural components of its solar tracking systems locally in India. By augmenting its supply partners to include APL Apollo Tubes Limited along with four other local steel fabricators (already supplying foundation piers to NEXTracker and its customers in India), NEXTracker will be increasing its local steel content percentage to over 80% by volume and weight of its final product.

Steel tubes and piers form the backbone of any solar tracking system, accounting for a sizable portion of the system’s structural cost and weight. Accordingly, NEXTracker sought a local high quality steel supplier for its torque tubes to support a rapidly growing market that seeks to have 100 GW of grid-tied solar by 2022. Most of these systems will be ground-mounted and heavily dependent on high quality steel structures. NEXTracker’s demand has expanded rapidly in India with over 20 projects delivered or under fulfillment with six of India’s largest developers and EPCs.

“Our India expansion reflects our strategy to regionalize manufacturing wherever possible to better serve our customers, accelerate project velocity, reduce risk and save on logistics costs. We’re excited to be expanding and accelerating India’s national Make in India program by way of our association with a leading value-added steel vendor,” noted Dan Shugar, NEXTracker’s CEO. “APL Apollo is a world class steel fabricator and their dedication to delivering the highest quality products is exceptional. We are additionally supporting our India customers through the engineering and logistics capabilities of NEXTracker’s Hyderabad office, which has doubled in size over the last year, and incorporating local requirements and standards into our products.”

“We are proud to be working with NEXTracker, the global leader in tracker technology, to supply our superior steel products for solar parks and power plants in India,” said Sanjay Gupta, Chairman APL Apollo Tubes Limited. “Their product has transformed the single-axis tracker landscape not only in India but around the world. At APL Apollo, we constantly evaluate and select the best technologies available and are confident to meet the growing and much needed Green Energy requirement in India.”

Economic growth, increasing prosperity, a growing rate of urbanization and rising per capita energy consumption has led to increased demand for energy in the country. According to the Make in India program, India’s annual solar installations will grow to 10.5 gigawatts of utility-scale solar in 2017, and a growing percentage of developers now prefer single axis trackers, given their added energy yield advantage compared to fixed tilt structures. NEXTracker recently commissioned projects with CleanMax Solar and Adani . The company notes that the largest solar tracker solar plant in Punjab (100 MW) was installed by Adani, and is powered by NEXTracker.

In January this year, NEXTracker shared a comprehensive overview on their current and future plans for India.

The American single-axis major has also inked strategic partnership with CleanMax Solar to supply 30 MW of its advanced NX Horizon single-axis trackers to a project in Tamil Nadu. The grid-connected project will deliver energy to a major IT consumer in Chennai, under a long-term contract with CleanMax Solar. The project was set up under the Group Captive Scheme, 100% of the electricity generated will be consumed in Tamil Nadu and is expected to be operational by the end of Q1 2017.

The company reckons the traditional non-tracker market, India’s solar tracker market to grow exponentially by 2021, amounting to 31% of ground mount projects, up from 7% in 2016.