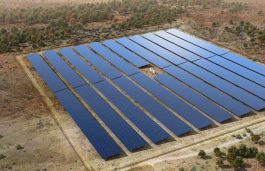 The power plant has joined the 2MW thermal unit which is operational since December 2015. The first ever commissioning of a solar power plant by French renewable power plants operator Voltalia SA (EPA:VLTSA) announced in Brazil. The Oiapoque based power plant having a capacity of 4MW was gradually commissioned in October 2017, announced Volatalia in […]