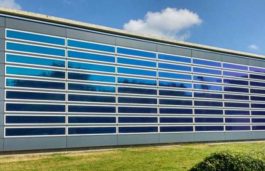 In 2016 the ENGIE Group acquired a 6.6% stake in Heliatek, one of the world leaders in the production of organic photovoltaic (OPV) films. Solar films manufactured by German company Heliatek have been installed on ENGIE Laborelec’s building in Linkebeek, Belgium. The HeliaFilm organic films have been incorporated into the façade and windows and will […]