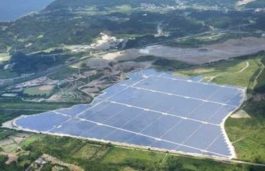 Renewable energy power plant developer Renova Inc. has completed a 19 Megawatt solar array in southwestern Japan. The project is one of the several PV projects that have been announced in the region in last few weeks. Renova, which is a Tokyo-based company, has completed the project in April in Otsu. However, the developer decided […]