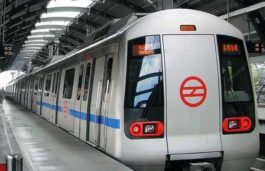 The National Capital of India will reportedly get green power from Madhya Pradesh starting next year to run its Metro trains. Manu Shrivastava, Principal Secretary of Madhya Pradesh New and Renewable Energy Department speaking to PTI said “we are charting out the power purchase agreement (PPA) to be signed between Delhi Metro Rail Corporation (DMRC) and developers of the world’s […]