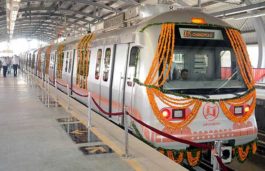 The approval for installation of Rooftop Solar Plant was received by the Centre, but the proposal failed to take off as permission was not received from the state government. The Jaipur Metro Rail Corporation’s (JMRC) plans to make its station energy self-sufficient by installing rooftop solar plant has hit a roadblock. Under the Central government’s […]