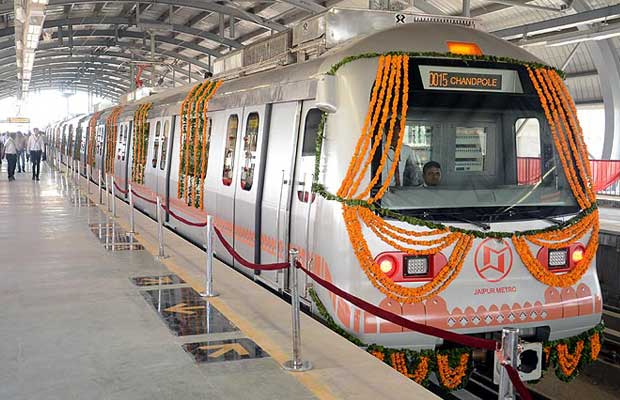 The approval for installation of Rooftop Solar Plant was received by the Centre, but the proposal failed to take off as permission was not received from the state government.

Under the Central government’s scheme, JMRC has requested the Centre to install 2,500 KWP rooftop solar power plant at Metro stations. The approval for installation was received by the Centre. However, the proposal failed to take off as permission was not received from the state government.

A JMRC official told TOI that as per the clause, the permission of state government was mandatory. The Centre had given March deadline to submit final proposal. But permission was not given. Now, the JMRC will invite tenders on its own to install rooftop plants.

If the project was implemented, this would have been the biggest solar plant, installed on any of the government building in the state.

The power generated by 2,500 KWP rooftop solar power plant was planned to meet all the requirements at the stations in daytime, in order to reduce its dependence on non-renewable sources.

“For all Metro operations, approximately 11 lakh units are required. If the plant had been installed, it would have produced 2.5 lakh units which could meet all the requirement of the stations in daytime,” added official

Sources claimed, it was cost-effective model for Metro as power was purchased at much cheaper rates.