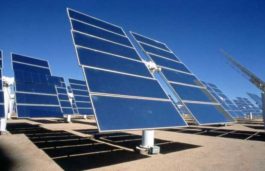 SunLink Corporation and Ganges Internationale Private Limited are currently collaborating on a tracker project located northwest of Bengaluru in the Indian state of Karnataka. Both the companies have entered into a joint venture to accelerate solar deployment in the rapidly growing Indian market. As part of its SunLink White House commitment announced last month, SunLink […]