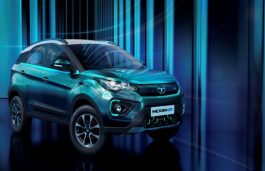 Tata Motors has announced the first anniversary celebrations of its popular electric SUV, the Tata Nexon EV. Since its launch a year ago, the Nexon EV has shown constant growth and became India’s highest-selling electric vehicle, leading a market share of 64 percent (YTD FY21). The all-electric SUV, Tata Nexon has been admired for its design, zero-emission […]