Tata Motors has announced the first anniversary celebrations of its popular electric SUV, the Tata Nexon EV. Since its launch a year ago, the Nexon EV has shown constant growth and became India’s highest-selling electric vehicle, leading a market share of 64 percent (YTD FY21). 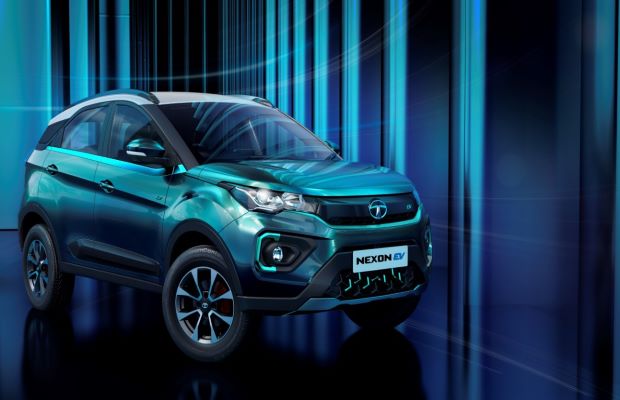 The all-electric SUV, Tata Nexon has been admired for its design, zero-emission technology, accessibility, performance, connected features, and low operating costs. Approximately 3000 families are currently enjoying driving the Nexon EV. Market observers believe that the  electric Nexon has finally delivered something Tata Motors has been waiting on for a really long time. A market leader in the passenger car segment, however small it might be for now.

Tata Motors revealed a specially produced film tracking the Nexon EVs journey, on the occasion of the first anniversary of its Nexon EV. The film recalls everything from being one of the first electric SUVs in the country to leading the EV revolution in India. From introducing the idea of an electric future to democratizing the adoption of EVs, the film delves into interesting features and experiences of this indigenously developed vehicle.

Additionally, Tata Motors is planning several interesting engagement initiatives, including EV tours and mileage rallies for customers to enjoy and experience the Nexon EV even better.

Recounting the journey of their achievement, the President, Passenger Vehicles Business Unit of Tata Motors, Shailesh Chandra commented, “It has been a remarkable year for the Nexon EV in India. Since its launch, it has consistently emerged as a market leader in its segment. Conceptualized with the idea of making EVs a mainstream choice in India, the brand Nexon EV delights its customers with a balanced mix of superior performance, advanced features, and adequate driving range, making it an aspirational electric car.”

“In a short span of time, the Nexon EV has been widely accepted by customers, enthusiasts, and the industry. We are truly touched to see our customers openly sharing their experiences with family and friends, which is also helping in breaking myths and addressing barriers to EV adoption. We would like to express our sincere gratitude to all our valued customers for showing trust and strong confidence in Nexon EV, making it the most preferred electric car in the country,” Chandra further added.

Tata Motors has also partnered with relevant Tata group companies to launch the ‘Tata uniEVerse’, an enabling ecosystem to fasten the adoption of EVs in India, developed Indigenously.

The company has been planning with Tata Powers to install a robust home charger at the residence of every Nexon EV customer. Tata Power also has the largest network of CCS2 fast chargers (compatible with Nexon EV)