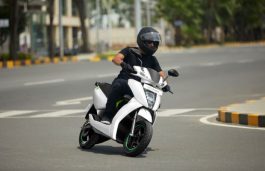 Today Ather Energy announced its plan to enter the Indian Auto Hub- Chennai, in June. Chennai became the second city where Ather is expanding after its successful commercial launch in Bengaluru in 2018. Entering the phase of rapid expansion Ather has announced its entry in the auto hub of the country Chennai. The EV firm […]