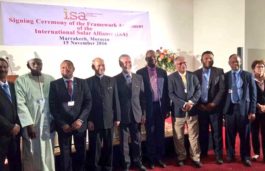 More than 20 countries, including Brazil and France signed the framework agreement of the International Solar Alliance (ISA). ISA was launched by PM Narendra Modi and French President Francois Hollande at the COP21, Paris climate summit last year. The framework agreement of International Solar Alliance (ISA) was opened for signatures on the sidelines of UN’s […]