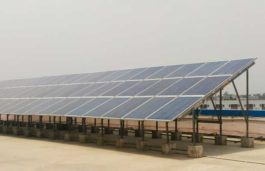 The solar power project of Rs100 crore was sanctioned by the government in the last financial year. The Indian Army’s College of Military Engineering (CME) is reportedly planning to install solar power plant on its Dapodi campus in a bid to reduce its electricity bill — around Rs9 crore annually. CME authorities speaking to TOI […]