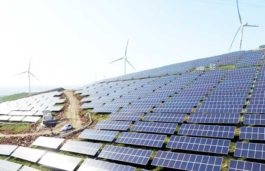 China has pledged to increase non-fossil fuel energy to at least 20 percent of total consumption by the end of the next decade, up from 12 percent in 2015, part of its efforts to tackle air pollution and bring carbon dioxide emissions to a peak by around 2030. China’s wind and solar sectors could attract […]