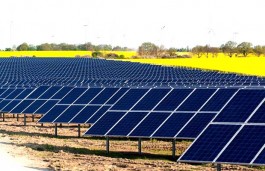 Getting alongside the global solar penetration, The British Solar Trade Association (STA) on April 12th, 2016 has officially launched an initiative to nudge the potential of rooftop solar technology for next-gen beautiful and aesthetically pleasing installations. “First impressions are everything, and that applies to houses just as much as people. Stunning Solar shows that solar can […]