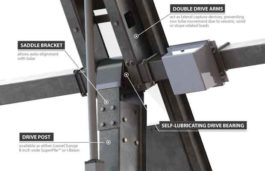 “ GameChange Solar Genius Tracker is seeing rapid growth in the United States, with international sales expected to ramp up later in 2017.” GameChange has announced that it has received order for seven GameChnage Genius single axis tracker systems. According to the company the orders for single axis tracker were from one of the leading […]