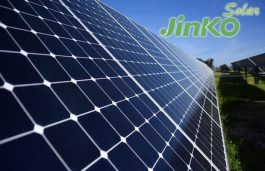 One of the world’s leading solar module manufacturers, Jinko Solar has announced that it has delivered 100GW of solar modules globally thereby becoming the first company in history to achieve this milestone. It claims that one out of every ten solar modules installed in the world is  produced by Jinko Solar. The official statement reads […]