Washington Gov. Inslee gave a green signal to the law that made the state the fifth member of the 100% clean energy list in the US. 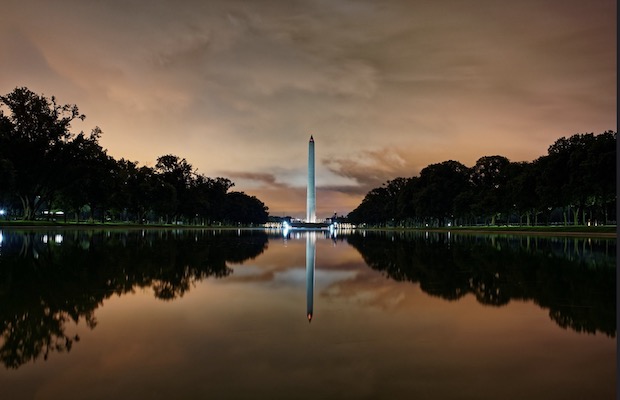 On May 7, Washington became the latest state to join the clean energy race, when Gov. Jay Inslee signed a law requiring that 100 percent of the state’s electricity come from clean energy sources by 2045. Washington is now the fifth state or territory—following Hawaii, California, New Mexico and Puerto Rico to commit to 100 percent clean electricity, and at least six other states are considering similar legislation.

“This means we can have a fighting chance at saving the things we cherish most — our land, our air, our water and our children’s health,” Inslee said in a statement. “We aren’t done. Our success this year is just a harbinger of successes to come. But we’re ready. We can do this.”

Inslee has an even more ambitious plan for a nationwide conversion to clean energy: Last week, he issued a proposal to get the country to 100 percent zero-emissions electricity by 2035, while also requiring all new vehicles and buildings to be zero emissions.

Activists and some US congressional Democrats supporting a Green New Deal want an even faster timeline: transform the nation’s electric grid to 100 percent clean energy in just 10 years. 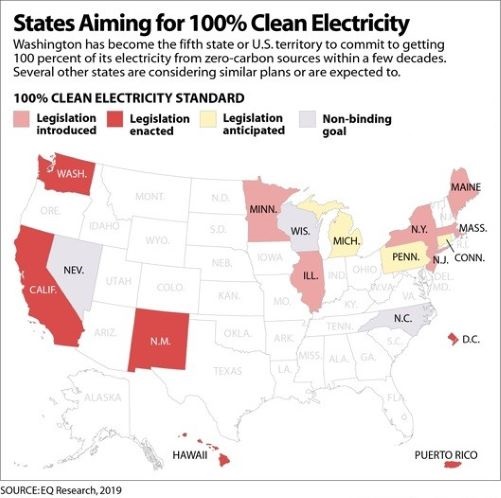 These policies and proposals follow a report last fall by the Intergovernmental Panel on Climate Change warning that net greenhouse gas emissions must be brought to zero by mid-century to limit global warming to less than 1.5 degrees Celsius, the ambition of the Paris climate agreement. It said a 45 percent reduction from 2010 levels would be needed worldwide by 2030.

The Washington state law signed this week sets a clear timeline for the phaseout of fossil fuels and has several measures to address equity for low-income communities.

The law requires the state to stop using coal power by 2025. It boosts weatherization programs for low-income individuals; seeks to ensure the benefits of the clean energy transition, things like electric car charging stations, are distributed equally across all communities; and offers tax breaks to clean energy developers who hire union workers and companies owned by women, minorities, and veterans.

Keeping climate change in check will require changes to other sectors of the economy, well beyond power generation. This is especially true in Washington state, where about 60 percent of the state’s electricity already comes from hydropower, and transportation makes up 43 percent of all greenhouse gas emissions.

While the new law doesn’t place a fee on emissions, two additional laws signed by Inslee are designed to reduce emissions from buildings and transportation.

Another law will restrict the use of hydrofluorocarbons (HFCs), chemicals used in air conditioning and refrigeration, that are between 1,000 and 3,000 times more potent as a greenhouse gas than carbon dioxide.