The unanimous action finalizes a previous vote by the Energy Commission and fulfills a decade-old goal to make the state reliant on cleaner energy.

California became the first state in the nation to require homes built in 2020 and later be solar powered, following a vote by the Building Standards Commission. 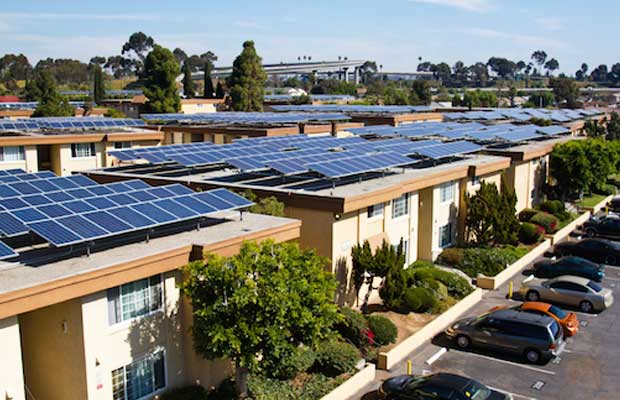 The unanimous action finalizes a previous vote by the Energy Commission and fulfills a decade-old goal to make the state reliant on cleaner energy.

Commenting on the development, a Structural Engineer and one of six building standards Commissioners, Kent Sasaki said, “These provisions really are historic and will be a beacon of light for the rest of the country.”

“(It’s) the beginning of substantial improvement in how we produce energy and reduce the consumption of fossil fuels,” Sasaki added.

While nobody spoke in opposition this time, the commission received about 300 letters opposing the mandate because of the added cost, the Orange County Register reported.

Energy officials estimated the provisions will add USD 10,000 to the cost of building a single-family home — about USD 8,400 from adding solar and about USD 1,500 for making homes more energy-efficient. But those costs would be offset by lower utility bills over the 30-year lifespan of the solar panels, officials said.

One commission member worried the mandate would make it harder for California wildfire victims to rebuild. But supporters assured him that won’t be a problem, according to the newspaper.

Homeowners will have two options that eliminate upfront costs of adding solar: leasing the solar panels or signing a power purchase agreement that pays for the electricity without buying the panels, said Drew Bohan, executive director of the energy commission.

One solar-industry representative said the net savings from adding solar power will be around USD 40 a month or nearly USD 500 a year.

“These standards won’t necessarily make homes more expensive to buy. What they will do is save money on utility costs,” said Pierre Delforge, a Senior Scientist with the Natural Resources Defense Council. “This is not only the right thing to do for the climate, it is financially smart.”

Homebuilders have been preparing for years to meet a proposed requirement that all new homes be “net-zero,” meaning they would produce enough solar power to offset all electricity and natural gas consumed over the course of a year.