Vikram Solar is in process of obtaining necessary certification for its 1500 V module range and has developed the supply chain to cater to this emerging category.

Indian solar module manufacturing giant Vikram Solar is gearing up to launch 1500 V module range in Q2 this year and have developed the supply chain for necessary BOS. 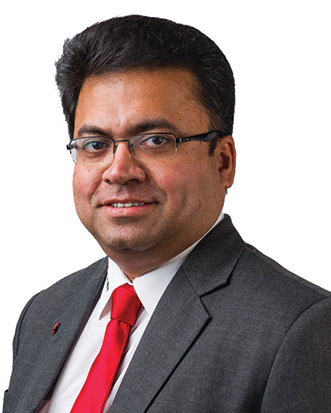 In an interview with Saur Energy International for exclusive story on “The 1500 Volt Future,” Ivan Saha-BU Head, Solar Manufacturing, Vikram Solar said “we are launching our 1500 V module range in Q2 this year and have developed the supply chain for necessary BOS.” Saha announced about the launch answering to our question -how well tuned is the company to the shift from the standard 1,000V to 1,500V?

Vikram Solar is in process of obtaining necessary certification for its 1500 V module range and has developed the supply chain to cater to this emerging category.

Vikram Solar is an early mover in this category; the company’s 1500 V module is ready for production and will be launched in Q2 of this year. As an integrated player (module manufacture and EPC) Vikram Solar is in a unique position to drive growth in 1500 V systems for utility projects said Ivan Saha.

Vikram Solar recently announced that the quality of its photovoltaic modules has convinced authors of the PV Module Reliability Scorecard Report 2017. Vikram modules were ranked among the best products in three of the five categories tested in the report. The report is published by the leading global certification body DNV GL.

Vikram modules scored above average in highly accelerated stress tests of dynamic mechanical load and damp heat at high ambient temperatures, as well as under humidity freeze tests which represent frosty conditions in regions of Europe, North America and Asia. Such aggressive tests can have a detrimental effect on the lifespan of solar modules. Damp heat prevails in many of the sub-tropical countries where Vikram markets its solar modules. Similarly, dynamic cyclic loads are often caused by wind or snow, and can lead to cell cracks and other damage in extreme cases, especially in high windy regions of the world.