Vestas has received a 38 MW order from Finnmark Kraft for the repowering of Havøygavlen Wind Park in Norway, which is the world’s most northern wind project 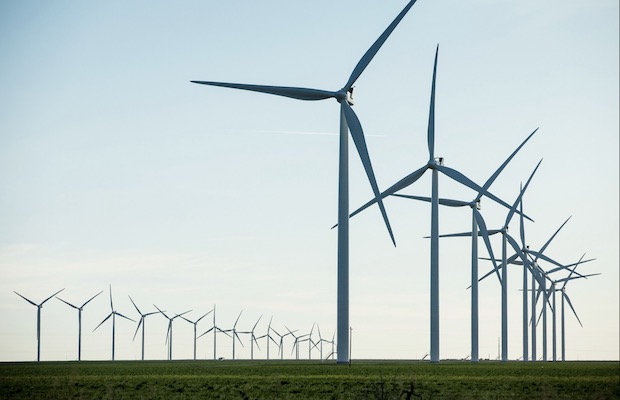 Vestas has received a 38 MW order from the utility Finnmark Kraft AS for the repowering of Havøygavlen Wind Park on the island of Havøy in northern Norway, which is the world’s most northern wind project.

Located deep inside the arctic circle, with extreme climate conditions, this landmark project consists of nine V117-4.2 MW Typhoon variant turbines, with customised design to cope with the site’s average wind speeds that exceed 9.0 m/s. The 30-year full-scope service contract will maximise energy production for the lifetime of the project.

“After many years of operation at Havøygavlen, we look forward to developing a new wind farm, where we use an area that has already been used for wind power for 20 years. A good part of the infrastructure can be reused and prepared for 30 new years of green energy production. Vestas has previously shown that they control the Arctic conditions in Finnmark during installation and operation”, said Egon Leonhardsen, CEO of Finnmark Kraft AS.

“We are therefore very pleased that we are building on the good relationship we have previously developed with Vestas on Hamnefjell, to also apply to the Havøygavlen wind turbines. We look forward to a long and good cooperation.”

Nils de Baar, president of Vestas Northern & Central Europe said that “this order comes from our valued customer Finnmark Kraft AS, with whom we have a productive partnership in this challenging region. Together, we have developed the most suitable and versatile solution using our 4 MW platform. Designed for medium to high wind speeds, the V117-4.2 MW Typhoon variant is able to withstand extreme weather conditions, while at the same time delivering industry-leading reliability, serviceability and exceptional energy capture.”

The contract includes supply, installation and commissioning of the nine turbines, as well as a 30-year Active Output Management (AOM 5000) service agreement. The project will feature a VestasOnline Business SCADA solution to lower turbine downtime and optimise the energy output. Turbine delivery is scheduled for the second and third quarter of 2021, while commissioning is planned for the fourth quarter of 2021.