GE Gets Wind Turbines Orders Worth 494 MW From Engie

GE Renewable Energy has announced that it has been selected by ENGIE North America to supply 180 onshore wind turbines for two wind projects. 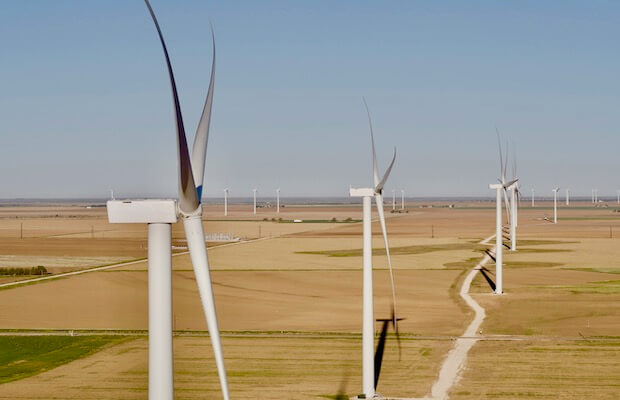 Construction on the projects began this year, and both projects are expected to reach commercial operation in the second half of 2020. With these latest projects, ENGIE North America has contracted with GE Renewable Energy for 885 MW of new wind turbines in the past year, demonstrating a strong effort towards expanding renewable energy in the US.

Vikas Anand, GE Renewable Energy’s CEO for Onshore Wind, Americas, said, “we’re delighted to partner with ENGIE on these projects. Our best-selling 2 MW turbines are a great fit for Engie’s needs, and we’re proud to help bring additional clean, affordable, renewable energy to their customers in Oklahoma and South Dakota.”

The US wind market remains strong. According to the American Wind Energy Association (AWEA), the second quarter of 2019 saw a record wind capacity of nearly 42 GW under construction or in advanced development, a 10 percent increase over the level of activity this time last year.

GE Renewable Energy was recognised by AWEA as the top manufacturer of wind turbines in the US in 2018, supplying over 3 GW of capacity, or 40 percent of the total onshore wind energy installed nationwide in 2018.

According to the agreement, GE Renewable Energy is set to provide 286 units of its 2.5-132 turbines with 130m soft steel towers to the wind farm.