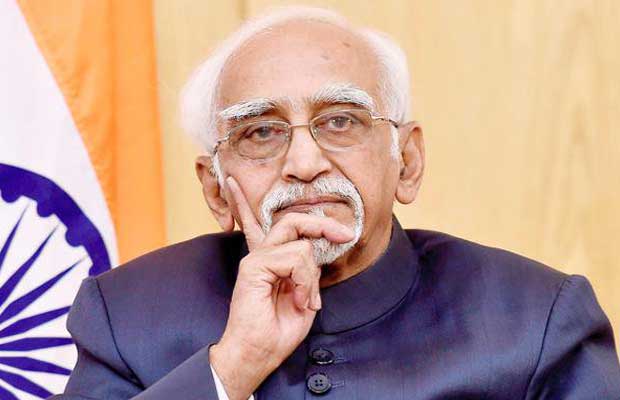 “Every two years, for example, solar installation rates are doubling, and photovoltaic-module costs are falling by about 20 per cent,” Ansari said while delivering an address on ‘Some Thoughts on the World of Tomorrow’ at Yerevan State University (Armenia) where he was awarded an honorary doctorate degree.

Speaking on the impact of the new energy forms on geo-politics, Ansari said, “Another surge of growth would spell the imminent extinction of the fossil-fuel industry, and with it the geostrategic significance that hydrocarbon rich states have enjoyed.”

“This will have a cascading impact on the regional security architectures in many parts of the world as well as pan-global ramifications,” he added.

Talking on the disruptive impact of digital manufacturing and robotics, the Vice President said: “Robots are also uniformly productive irrespective of geography. As manufacturing centres will shift closer to consumption centres, the geostrategic significance of trade routes and demand for transportation will also diminish.”

Ansari reached the Armenian capital on Monday. On Wednesday, he will leave for Poland on the second and last leg of his visit abroad.