The Uttar Pradesh cabinet has cleared what will be the state’s first floating solar PV power plant on Rihand Dam with an investment of Rs 750 crore. 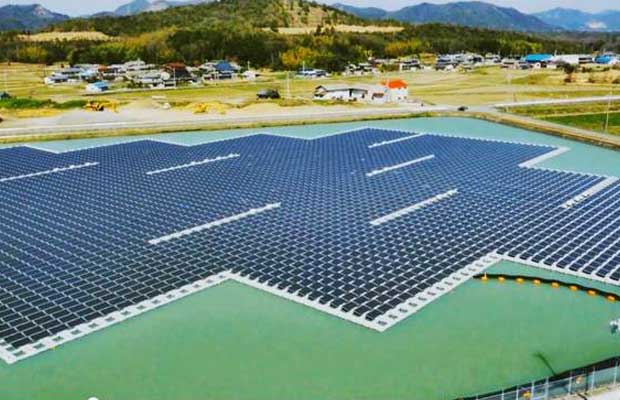 The Uttar Pradesh cabinet chaired by Chief Minister Yogi Adityanath has cleared a floating solar PV power plant on Rihand Dam with an investment of Rs 750 crore. It will be the first floating solar power plant in the state and the biggest in the country by capacity.

The state cabinet cleared the project that will fetch investment of Rs 750 crore, UP government spokesman Shrikant Sharma told reporters here. He said the water surface floating solar PV power project will generate 150 MW power and will be completed in the next 21 months.

“It will be first such project of UP and biggest in the country,” Sharma said.

Renew Solar Power, a subsidiary of ReNew Power had won the right to develop 100 MW of the project, Shapoorji Pallonji Infrastructure Private limited will generate the remainder of the 50 MW capacity for this project.

UP Power Corporation Limited (UPPCL) has signed the power purchase agreement (PPA) with the two developers for a period of 25 years. The tariff fixed for the duration of the agreement is Rs 3.36 per unit, which the state believes will benefit the citizens.

In June, we reported that Maharashtra is all set to get floating solar power generation plants in four dams, according to state Water Resources Minister Girish Mahajan told the Legislative Council. In a written reply to a question raised by NCP MLC Hemant Takle, Mahajan stated the backwater of Wardha, Bebala, Khadakpurna and Pentakli dams has been selected for setting up the floating solar panels as per the Swiss Challenge method. He said the estimated investment per megawatt is Rs 4.45 crore, with a total installed capacity of 500 MW.

Recently, NTPC Ltd. has invited bids for the development of 20 MW floating solar power project at the reservoir of NTPC Auraiya Gas Power Plant at Dibiyapur in Uttar Pradesh. The last date for bid submission is September 5, 2019.