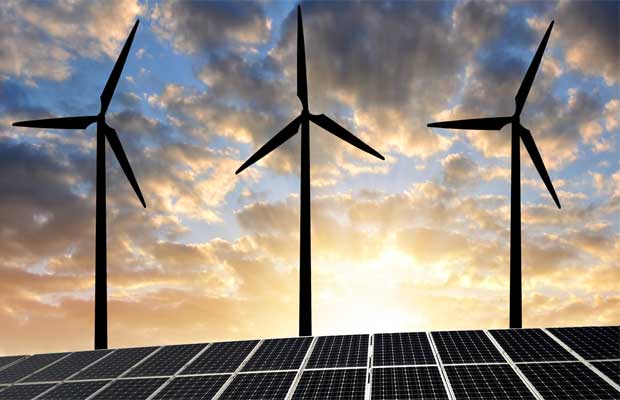 Britain made another history on the eve of Election Day, when power from wind, solar, hydro and wood pellet burning supplied 50.7 per cent of the UK’s total energy consumption on Wednesday

Britain made another history on the eve of Election Day, when power from wind, solar, hydro and wood pellet burning supplied 50.7 per cent of the UK’s total energy consumption on Wednesday. It is the first time renewable sources have provided more electricity than coal and gas, Independent reported.

There are several schemes that provide financial support for renewable energy in UK . These schemes encourage technological development and wider adoption of renewables which in turn lead to economies of scale and lower costs.

The renewable energy industry has achieved its highest ever output as wind turbines and solar panels help to meet more than half of the UK’s electricity demand. National Grid’s data at lunchtime on Wednesday showed that solar panels produced around 7.6 GW of electricity while wind farms generated 9.5 GW of power. In addition, the UK burnt 2 GW of renewable biomass, made from waste wood, and produced a modest amount of hydro electricity to help squeeze traditional power plants off the system, the Telegraph reported.

It is the third milestone for cleaner power passed in the space of just a few months. In May, the National Grid reported that solar had broken another record in the UK, providing 8.7 GW of power, or nearly a quarter (24.3 per cent) of the nation’s requirements, the Independent reported.

On April 22, 2017, Britain marked its first ever coal-free day by using power without coal, since the country’s Industrial Revolution. It was the first time in 130 years that Britain went a day without having to turn on its coal-fired power stations.

Coal reserves have been declining in Britain in recent years, accounting for just 9% of electricity generation in 2016, down from around 23% the year before, as coal plants closed or switched to burning biomass such as wood pellets.

Britain is phasing out fossil fuel to meet its climate change commitments and last coal power station will be forced to close in 2025.

The chief disadvantage with energy from renewable sources is that the supply isn’t always reliable. But in this case, in UK the Grid has been working on ways to deal with that, and the fact that it has a habit of cutting out entirely on occasion. Energy storage has the potential to alleviate the problem, the Independent reported.