UK government has announced a new North Sea Transition Deal with the oil and gas industry. Under the new deal, the government has pledged that the high-skilled oil and gas workers and the supply chain will not be left behind in the transition to a low carbon future.

Providentially, this deal will support workers, businesses, and the supply chain in the industry, through this transition by rendering the industry’s existing capabilities, infrastructure, and private investment potential to utilize new and emerging technologies such as hydrogen production, carbon capture usage, and storage, offshore wind and decommissioning.

Within the deal, the oil and gas sector, largely based in Scotland and the North East, government and trade unions will work together over the next decade and beyond to deliver the skills, innovation, and new infrastructure required to decarbonise North Sea production.

The deal will cater to the right business environment to attract new industrial sectors to base themselves in the UK, development of new export opportunities for British business, and secure new high-value jobs for the long-term, along with supporting existing companies to decarbonise in preparation for a net-zero future by 2050.

Around 3.5 percent of the UK’s greenhouse gas emissions befall due to extracting oil and gas on the UK Continental Shelf. Within the bunch of proposals, the deal is expected to cut pollution by up to 60 million tonnes by 2030, including 15 million tonnes from oil and gas production on the UK Continental Shelf i.e. the equivalent of annual emissions from 90 percent of the UK’s homes, while supporting up to 40,000 jobs across the supply chain. 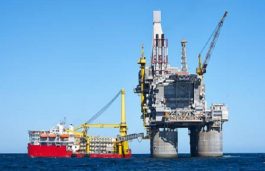 will be catering to the carbon emissions reduction by 2030. Those Key Outcomes are Supply decarbonization, Carbon Capture, Usage & Storage, and Hydrogen Production.

Interestingly, by 2030, the sector will voluntarily commit to ensuring that 50 percent of its offshore decommissioning and new energy technology projects will be provided by local businesses, helping to anchor jobs to the UK.

“Today, we are sending a clear message around the world that the UK will be a nation of clean energy as we build back better and greener from the pandemic,” said Business and Energy Secretary Kwasi Kwarteng.

He added, “We will not leave oil and gas workers behind in the United Kingdom’s irreversible shift away from fossil fuels. Through this landmark sector deal, we will harness the skills, capabilities, and pent-up private investment potential of the oil and gas sector to power the green industrial revolution, turning its focus to the next-generation clean technologies the UK needs to support a green economy.”

Speaking on the initiative taken by the UK government, COP26 President Alok Sharma commented, “The UK is once again showing global leadership, and delivering on the Prime Minister’s promise, as we end direct government support for the fossil fuel energy sector overseas.

“By supporting green technology and renewable energy through our overseas finance, we will help to drive international growth in low-carbon industries and create new jobs as part of a global green recovery. We invest in our future ahead of COP26 in Glasgow later this year.”

The offshore oil and gas industry has been strengthening its energy security, generated significant tax revenue to fund its public services, and supported hundreds of thousands of jobs across the UK.