Home » News » These Casinos Have Placed Their Bets On Solar Power

These Casinos Have Placed Their Bets On Solar Power

As awareness of climate issues linked to global climate change spreads, one sector that has turned to solar power is the Casino sector. That won’t surprise many people who follow the sector, as the Casino sector is one sector that has proved to be way more adaptable than people give it credit for. The shift to renewable energy is one of those moves where the sector might yet lead many others.

When you think of casinos you often imagine large buildings and huge amounts of neon lights decorating them. All that energy is a drain on the earth’s resources. Take a city like Las Vegas, with its enormous amount of lighting and razzmatazz, and you get an idea of the impact renewable energy can have here. Especially with Vegas itself located in a basin of the Mojave desert, conditions ideal for solar power generation.

The lights are flickering day and night, but what you might not know is that the casino city Las Vegas is also an advocate for renewable energy and especially solar energy. With that said, gambling on an online casino can minimize your footprints on the earth, but you can also, with a good conscience, test your luck at many of the land-based casinos today without causing any damage to the climate.

These 5 Firms Moved To Solar in 2021. How Many Will Follow?
Also Read

Sevens Clans Casino included in the Red Lake Nation has been considered one of the largest solar projects in northern Minnesota. They wish to illuminate every bulb in the casino with solar-powered energy to save up on energy’s resources. This accomplishment will save them roughly $2 million a year, so even though the project will cost them around $20 million it will be profitable in the long term. 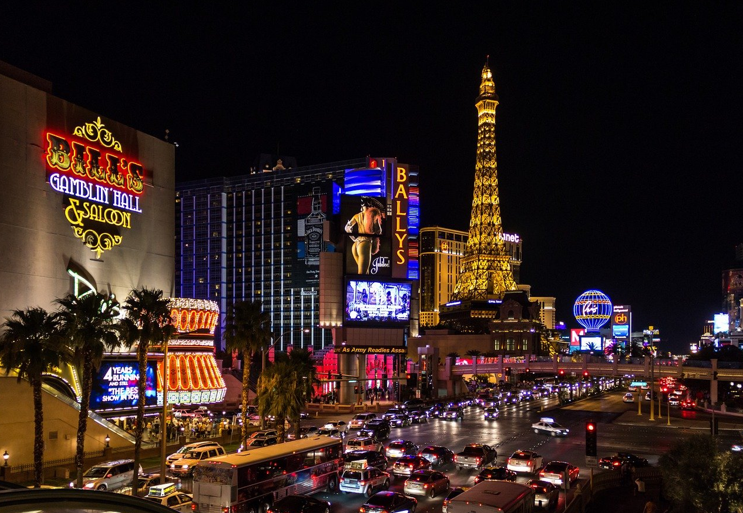 Powered By The Sun

In June this year, MGM Resorts flipped on the switch to their 100-megawatt solar array. This has been considered as one of the biggest successes within renewable energy in the casino industry. This solar array is now powering the entire resort, including 20% of its casino section with solar energy. Besides turning into solar power, MGM also has replaced 1.3 million old light bulbs with LED ones, which will save them an estimated $10 million a year!

One of the land-based casinos that have shifted to renewable energy is Rincon Casino, located in sunny San Diego. This venue uses solar energy for their air conditioning as well as other renewable energy sources for their lightning and to heat their swimming pool. Talk about being a representative when it comes to eco-friendly alternatives to traditional casinos!

Another advocate for eco-friendly casinos is Peppermill Resort located in Reno. At the moment of writing this, Peppermill Resort has implemented geothermal aquifers to warm up the casino during wintertime. This is possible because the resort is situated on top of a natural hot water source, and it has not only been positive for the environment but also saved them 2 million dollars per year!

Ontario Lottery and Gaming has its base in Canada. Their focus has been on turning all of their casino resorts into eco-friendly ones, and they have successfully done so by running them on renewable energy. Today, their water heating systems, air conditioning, and lights are all powered by renewable energy!