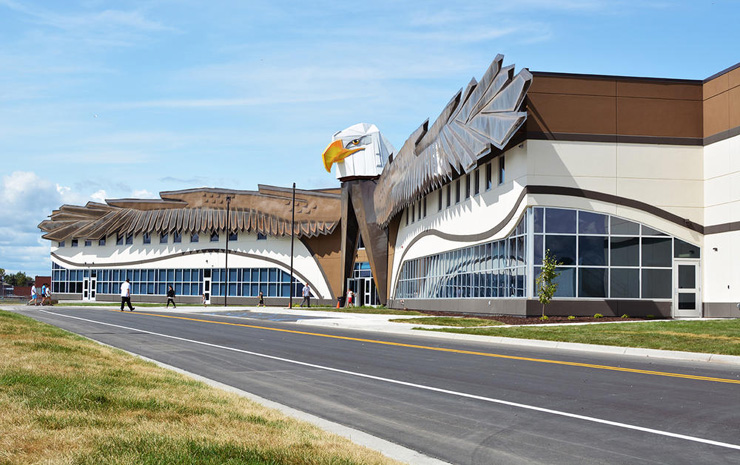 The Red Lake Nation tribal leaders announces of getting into the solar business. Claimed as one of the largest solar projects planned in northern Minnesota, the plan is to install 15 megawatts of solar panels across the rooftops of their largest buildings. With this accomplishment, the vicinity can illuminate every bulb in the tribe’s three casinos, the tribal college and all government buildings.

“Grandfather sun and mother earth are the foundations of who we are as native people,” said Red Lake development director Eugene McArthur. “With this project, we’re harnessing the forces of nature.”

McArthur set the solar plan in motion over the last several months.

He said the project will commence tthis June, and save the tribe roughly $2 million a year in energy costs.

The installation won’t be cheap. David Winkelman, who is working with St. Paul-based Innovative Power Systems to design the Red Lake solar project estimates the cost at upwards of $20 million.

The band itself will only pay $100,000 for the project, with the vast majority of costs shouldered by the Olson Energy Corporation, which specializes in shuttling solar developers through the government incentive system.

Robert Olson said his company will use government tax credits and incentives to recoup their investment, and gift the solar arrays to the tribe after five years. At that point, the tribe will own the panels free and clear.

The 15-megawatt rooftop installation is just the first step of a larger renewable energy plan. The band is also in negotiations with Minnesota Power to build and operate a 20-megawatt solar farm on ceded lands north of the reservation.

In the coming five years, the leaders aim to generate enough solar power to abundant alternative energy into the tribal land and every home on Red Lake.