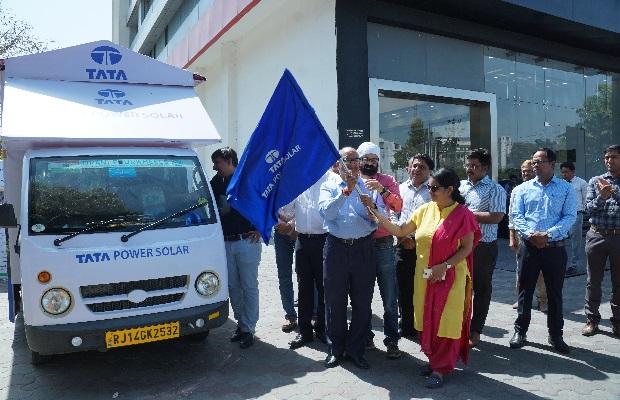 Tata power has been launching its services in many Indian cities as the company believes that the demand for such products would grow with rising environmental awareness. Residential rooftop solar solutions could typically save up to Rs 50,000 annually for 25 years, company officials said.

A votary of reducing carbon footprint, Tata Power Solar’s residential rooftop solution decreases use of diesel generators, hence leading to more fuel savings. Apart from this, the consumers can avail a chance to earn from their idle rooftop space. To further, ease the beneficiaries’ expenses, the proposition comes with government subsidy.

Rajasthan which gets over 3000 hours of sun annually, makes solar installations a clever business move as the summers are just around the corner for northern India. With temperatures scorching in the 40-degree range and above, the rise in electricity demand can very well be met by Solar solutions. The total installed power capacity of Rajasthan is around 21.6 GW, out of which 34% comes from renewable sources. The state plans to further increase solar and wind generation capacity to 14.3 GW by 2022. Its current Renewable purchase obligation for financial year 2018-19 stands at 4.75 % from the earlier 6.75%.