The 40 MW installations will be capable of producing 1.6 lakh units of power daily, which will be sent to the KSEB grid. The Cochin International Airport’s power requirement is estimated to be around 1.3 – 1.4 lakh units per day. 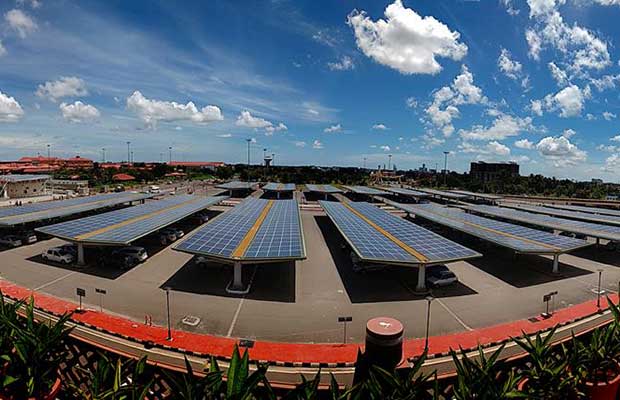 Cochin International Airport Ltd (Cial), the world’s first energy-efficient airport has once again come under the international limelight for its solar initiatives, with several foreign media houses flying into the city to document its progress.

Japanese television channel NHK recently put out a clip documenting the strides made by Cial in its solar initiatives. French television channel, France 2, part of the state-owned France Télévisions group, had also visited the city for the same.

He added that several other media houses have also expressed their interests and would be flying to Kochi to document the solar projects at the airport.

V J Kurian, managing director, Cial, said, “The aviation industry often gets a lot of flak for pollution. With our solar initiative, we intend to set a green model for the country and also the industry. With projects such as new domestic terminal on the anvil, we also plan to expand our solar energy generation capacity to meet the increased energy requirement.”

Cial is planning to launch its domestic operation from the newly-renovated terminal, in March 2018 which will greatly increase the airports capacity for handling passengers and aircraft.

It will also upgrade the solar installation capacity from 27 MW to 40 MW, with new energy plants on the premises. The 40 MW installations will be capable of producing 1.6 lakh units of power daily, which will be sent to the KSEB grid. The airport’s power requirement is estimated to be around 1.3 – 1.4 lakh units per day.