The initiative results in savings of 30 Million Units and a reduction in CO2 emission by 9856 Metric Tons on an annual basis. 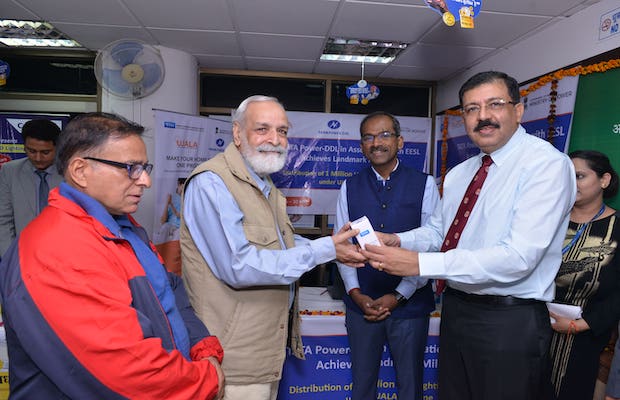 The LED Bulb was given by Mr. Sanjay Banga, CEO, TATA Power-DDL during the event in the presence of several consumers and other senior officials of the company. This initiative has resulted in annual energy savings of 30 MU and an annual reduction in CO 2 emission by 9856 MT.

TATA Power-DDL is running the discount scheme for promotion of LED bulbs in association with EESL (Efficiency Services Limited) under UJALA program by the Ministry of Power, GoI. Under the scheme, customers can purchase any number of branded 9W LED bulbs at Rs 70 per piece; 20W Energy Efficient LED Tube lights at Rs 220 per piece; BEE 5 star rates Ceiling Fans at Rs 1110 per piece (all inclusive of GST).

Besides this, the company is also promoting other LED and energy-efficient products like tube lights and 5-star ceiling fans in association with Crompton Greaves. Any domestic, commercial, industrial and other customers of Tata Power-DDL can avail this scheme by presenting latest electricity bill or authorised ID proof (Aadhar Card, Voter ID Card, Driving License, Passport or PAN card).

While giving the one millionth LED Product, Sanjay Banga, CEO, TATA Power-DDL, said, “TATA Power-DDL is a frontrunner in promoting energy efficient solutions among its consumers, use of these products not only results in reduced consumption but also contribute towards the creation of a clean and green environment. I urge all our customers to come forward and make the most of these schemes.”