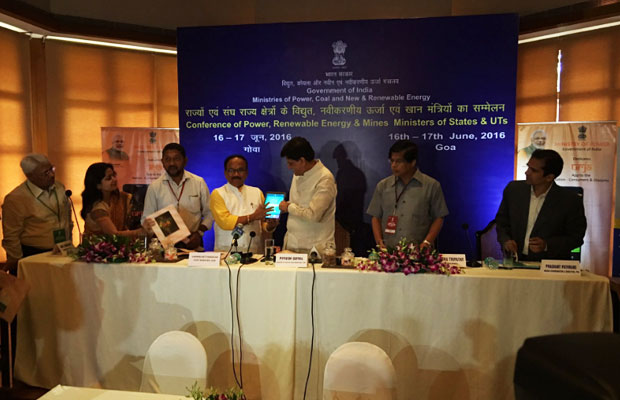 The URJA app developed by Power Finance Corporation on behalf of Ministry of Power for Urban Power Distribution Sector will improve consumer connect with the Urban Power Distribution sector by providing information on important parameters which concern the consumers like outage information, timely release of connections, addressing complaints, power reliability and others.

The Union Minister also launched the Pradhan Mantri UJALA (Unnat Jyoti by Affordable LED for all) Yojana in Goa with a target of replacing approximately 15 lakh LED bulbs, impacting nearly 5 lakh households. Under the scheme, consumers are entitled to 3 LED bulbs of 9W each at a subsidized rate of Rs.25/, as against a market price of Rs.300-350.

The Scheme will help the state save over 78 million kWh every year and about Rs.850-1000 on annual electricity bills.

Speaking on the occasion the Minister said “the scope of “DEEP” (Discovery of Efficient Electricity Price) e-Bidding and e-Reverse Auction Portal has been further expanded by covering banking mechanism and the medium term procurement of Power. He further added the Government will soon start 100 percent smart metering to curb the menace of power theft.” There is a loss around 24 to 26 percent due to theft of Power.