The lowest price for the bid was quoted by National Thermal Power Corporation at Rs 3.04 per unit; NTPC won 85 MW of the capacity. 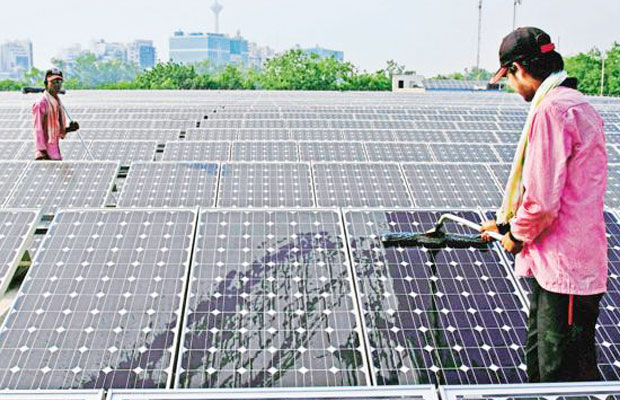 A commissioning deadline of 21 months has resulted in refreshingly low winning tariff in an solar project auction by the UP New and Renewable Energy Development Agency (UPNEDA).

The 500 MW offered by UPNEDA have attracted the bids in the price range of Rs 3.04 and Rs 3.08 per unit. The lowest price for the bid was quoted by National Thermal Power Corporation (NTPC) at Rs 3.04 per unit, NTPC won 85 MW of the project.

In a previous auction, the winning bid received by UPNEDA was Rs 3.17 per unit in October.

Solar tariff, after reaching a record low of 2.44 per unit in June, had again risen after the government imposed a 25% safeguard duty on imported solar modules from China and Malaysia to boost domestic production.

However, the safeguard duty hasn’t worked much because the quality and price of modules provided by Indian Manufacturer is not competitive enough. 90 percent of solar panels used in India are imported from China and Malaysia.

With commissioning deadlines usually ranging between 13 and 21 months,

“With the signing of PPAs usually taking around three months, it gives developers time till December 2020,” said Vinay Rustagi, managing director of Bridge to India, a solar consulting firm.

He further added that, “They are probably hoping they can import their requirements after July 2020 and still complete their projects in time, in which case safeguard duty will not apply.”

Tata Power Renewable Energy and Adani Green Energy were other winner of the auction.