Noida-based solar & storage solution provider company SunSource Energy announced recently it will double its goal for solar energy deployment. By 2027, the objective will have risen from 550 MW to 1 GW.

A growing customer base in India that wants to switch to cleaner, more environmentally friendly power would benefit from the increasing solar energy capacity. The India leadership team is also growing to help with the major delivery scale-up. 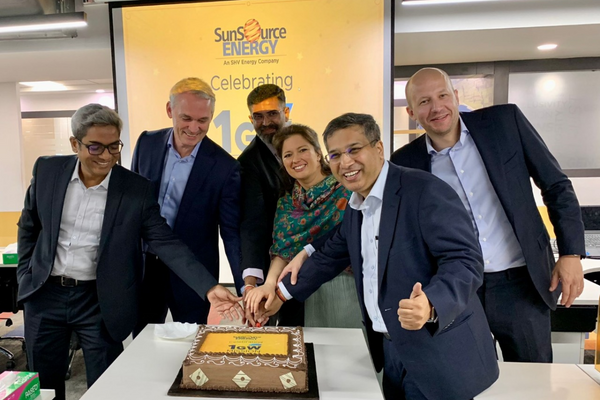 The company’s current Managing Director, Kushagra Nandan, will assume the position of Chief Executive Officer as part of its leadership team expansion, and Adarsh Das has been named Chief Commercial Officer to support the company’s fast growth trajectory. The Chief Operating Officer position will be transferred from SHV Energy in the Netherlands to Sytze Nijman, while the Chief Financial Officer position will be transferred to Pratik Adhikari, who joined the company from the professional services firm Alvarez & Marsal.

The present SunSource senior leadership team will continue to be crucial and involved in achieving the company’s long-term goals.

“SHV Energy and SunSource Energy, together with the expansion of our local management team, we will now be better equipped to address the evolving energy transition needs of commercial and industrial consumers in India and Southeast Asia,”said Bram Gräber, CEO of SHV Energy.

Kushagra Nandan, the Managing Director and CEO of SunSource Energy, said, “The demand for solar energy from commercial and industrial customers in India is expanding rapidly, and we are thrilled to be able to help satisfy that need. This expansion also enables us to continue to gain from the SHV Energy network’s extensive knowledge and resources on a worldwide scale.”

Recently, SunSource Energy commissioned the first phase of the 45 MW solar energy project in Uttar Pradesh. SunSource is one of the leading companies in the distributed solar sector and the commissioned project is situated in the Shivala Kalan Village of Bijnor District.