Home » News » Soon 20% of all C&I Solar Systems in India Will be Grid-Tied: Report

Soon 20% of all C&I Solar Systems in India Will be Grid-Tied: Report

Increasing electricity demand and rising grid tariffs for commercial and industrial (C&I) customers are driving business users to rooftop solar, which is not only cleaner and cheaper but also gives them tariff certainty for 25 years. 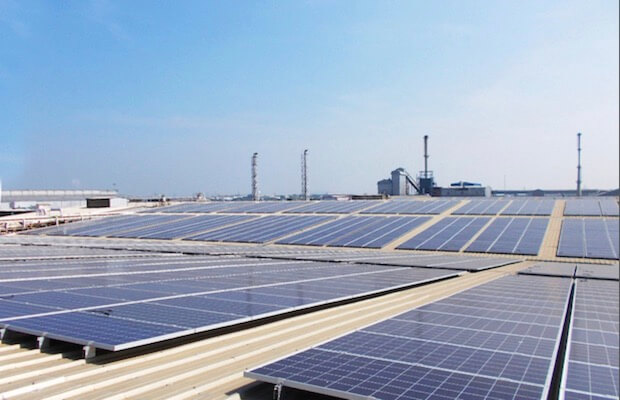 In ‘Powering up Sunshine – Untapped Opportunities in India’s Rooftop Solar Market’, a new report from JMK Research & Analytics and the Institute for Energy Economics and Financial Analysis (IEEFA), authors Jyoti Gulia and Vibhuti Garg explore the increasing awareness of the benefits of rooftop solar electricity for India’s corporate consumers.

“Commercial and industrial (C&I) users consume approximately 49 percent of the electricity generated in India, but only 3.5 percent of the power procured by India’s C&I segment is from renewable sources,” said Gulia. “C&I rooftop solar has vast potential, and already accounts for 70-80 percent of all the country’s rooftop solar installations.”

Garg says this situation is quite different from other economies where the residential segment leads to rooftop solar.

“The reason is that, in India, residential and agricultural users are subsidised while C&I consumers are levied an additional significant cross-subsidy surcharge leading to higher than average mains electricity tariffs,” said Garg. “As a result, rooftop solar is an economically viable solution for C&I consumers.”

India’s rooftop solar market has, broadly, two business models – Capex & Opex. From the perspective of a power consumer, Capex is a self-financing model while Opex is a third-party financing model. Opex accounted for nearly a third of all cumulative rooftop solar installations in India at the end of last year.

With the falling equipment cost, the payback period for rooftop solar projects in India is also gradually shortening. Currently, in capital expenditure (Capex) model, payback can be realised by a shorter duration of 3-4 years, while for an Opex project the tariff rate is about Rs 3.5-4/ kWh (USD 0.047 –0.053), which is less than half the average of C&I grid tariffs prevalent across most states.

“MSMEs are the backbone of the Indian economy, contributing 6.1 percent of gross domestic product (GDP) and about 45 percent of total manufacturing output,” said Gulia. “Electricity costs are up to 50 percent of their total expenses, so cutting such costs via solar power sustainably improves their competitiveness in a big way.”

The report notes there are ample growth opportunities in C&I rooftop solar, but two fundamental issues, financing and regulatory uncertainty must be tackled to speed up adoption in this segment. Distributed, domestic generation is a key solution to meet India’s energy security and energy needs.

The authors’ further detail that under the recently issued Draft Electricity Amendment Act 2020, several progressive measures are also planned for the renewable energy sector such as introducing a pan-India renewable purchase obligation (RPO) with a stringent penalty mechanism. RPOs compel discoms and other large electricity consumers to buy a certain percentage of the power they need from renewable energy sources. Such a measure would provide a significant boost to the uptake of rooftop solar in the C&I segment.

Guliia also believes that the next revolution in rooftop solar will be in storage. “It is likely that in the next 2-4 years, 20 percent of all C&I installations will be connected to the grid, coupled with battery storage,” she said. “Technological innovations such as more cost-reflective time-of-day tariffs, smart meters, high-efficiency modules, and battery storage will drive the growth of this market.”