Solar Tariffs Down to a Record Low of Rs 4.03/kWh in Greece

The latest round of renewable energy tenders was recently held in Greece, solar tariffs dropping to a record low of EUR 0.04911/kWh or Rs 4.03/kWh. 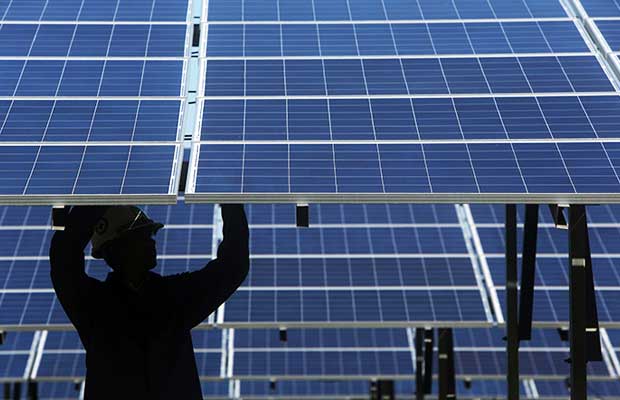 The latest round of renewable energy tenders was recently held in Greece, with awards for 502.94 MW wind and solar projects in total and solar tariffs dropping to a record low of EUR 0.04911/kWh or Rs 4.03/kWh. The lowest tariff ever awarded to a renewable energy project in the country.

The second-ever joint renewable energy tender with a single pot for both technologies was concluded in Athens last week. Of the 502.94 MW capacity awarded in total, 350 MW was for solar projects.

The record-breaking tariff of Rs 4.03/kWh was recorded for a 200 MW solar project that will be built in Ptolemaida, a mining region in Greece’s Macedonia region. State-owned utility Public Power Corporation (PPC) is backing the projects and the installation will serve as the starting point of a broader plan to develop an additional 3 GW of solar capacity in the country’s mining regions.

Results from the tender were announced by the country’s Regulatory Authority for Energy (RAE). The tender was conducted online and attracted proposals ranging between EUR 49.11/MWh and EUR 54.82/MWh. The weighted average of the winning projects amounted to EUR 51.59/MWh, which is a reduction from the EUR 57.03/MWh in last year’s auction.

A total of 44 bids took part in the competition that targeted 500 MW of capacity. EMV (70 MW Solar) which is backed by France’s EDF, Heliothema Energy (42 MW) and Spes Solaris Solar Concept (75.88 MW) are among the names of the selected bidders.

In its 2019 mixed-technology renewable energy tender, RAE awarded 437.78 MW of power generating capacity, almost half of which (204 MW) was won by the local unit of German project developer Juwi.

Recently, we reported that 547 Energy in partnership with ENORA had been awarded a 20-year power purchase agreement (PPA) by Greece’s Regulatory Authority for Energy (RAE) for a 153 megawatt (MW) wind energy project.