547 Energy in partnership with ENORA has been awarded a 20-year PPA by the RAE in Greece for a 153 megawatt (MW) wind energy project. 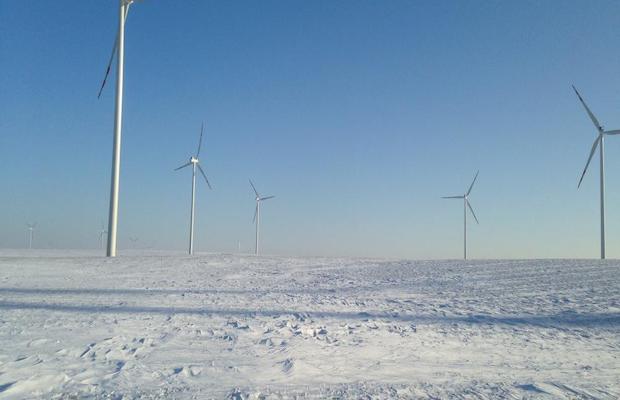 547 Energy, the renewable energy platform of Quantum Energy Partners, has announced that its affiliate, 547 Energy International European Holdings in partnership with ENORA has been awarded a 20-year power purchase agreement (PPA) by the Regulatory Authority for Energy (RAE) of Greece for a 153 megawatt (MW) wind energy project.

The project, located in the Regional Units of Imathia and Kozani, brings the total number of wind energy PPAs jointly awarded to 547 Energy and ENORA to five, totaling 288 MW.

“Our continued success with ENORA in Greece’s latest technology-neutral auction demonstrates how quickly we have built our new renewable energy platform into a market leader,” said Gabriel Alonso, CEO & President of 547 Energy.  “We are pleased at the outcome of this auction and are grateful to our partner, ENORA, for the instrumental role it plays in advancing the adoption of clean energy generation in Greece.  We commend the leadership at the Ministry of Energy and the Regulatory Authority for Energy for administering another highly successful auction despite the unprecedented challenges arising from recent global events.”

The 153 MW wind project awarded will support Greece’s efforts to achieve the significant energy and climate targets included in its Energy Plan for 2030.

ENORA is a subsidiary of ENTEKA, which was established in 1984 and is one of the leaders of the renewable energy sector in Greece.

Panagiotis Papastamatiou, Development Director of ENTEKA, remarked, “we are pleased that our projects were the only wind projects submitted to the Common Competitive auction and that we won despite significant competition from solar.  We look forward to utilising our extensive development, construction, and operations experience to bring the largest wind farm in Greece to fruition.  Greece is making great progress in renewables.  2019 was a record year for wind energy project growth and this momentum has continued into 2020.  Our joint venture with 547 Energy will continue to support Greece in achieving its 2030 renewable energy goals.”

In December 2019, we had reported that the two firms had been awarded by the Regulatory Authority for Energy (RAE) in Greece four 20-year power purchase agreements (PPA) for 135 megawatts (MW) of wind energy projects located in the Region of Central Macedonia.