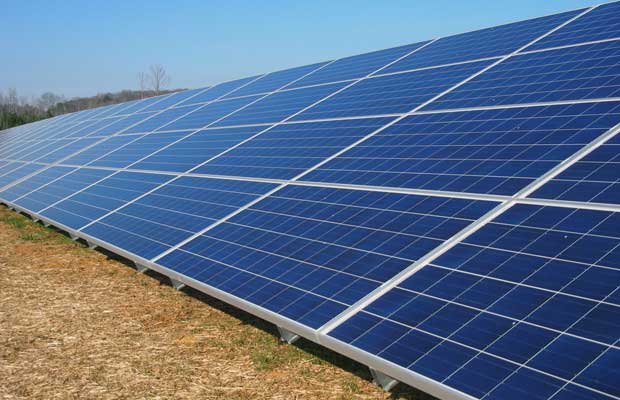 The levelised solar power tariff has dropped to all time low of Rs 3.15 per unit in an auction of a 250 MW solar power project at Kadapa in Andhra Pradesh.

Earlier in February, the lower capital expenditure and cheaper credit had pulled down solar tariff to a new low of Rs 2.97 per unit for the first year in an auction conducted for 750 MW capacity in Rewa Solar Power Park in Madhya Pradesh.

However, the levelised tariff for Rewa solar power project worked out to be Rs 3.30 per unit.

“The price bid opened and reverse auction carried out for 250 MW (1×250) solar power project at Kadapa in AP under developer mode. Solairdirect has won this project with quoted levelised tariff of Rs 3.15/KWh,” a senior official said.

The official said, “Rewa Ultra Mega Solar record of levelised tariff is RS 3.30 which has been broken by NTPC auction today.”

Commenting on this Power Minister Piyush Goyal has tweeted, “Clean affordable power for all: Solar achieves another record low of Rs 3.15/ unit (flat rate) during auction in Kadapa, AP by NTPC.”