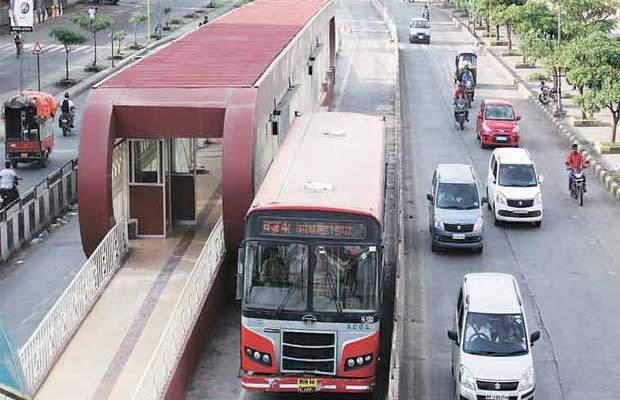 PMC’s road department wants to put in place a solar panel system on three routes for saving energy, while the electricity department is not sure about the idea.

Solar panel installation to power the Bus Rapid Transit System (BRTS) has reportedly become a debatable subject between Pune Municipal Corporation’s (PMC) road and electricity department. According to PuneMirror PMC’s road department wants to put in place a solar panel system on three routes for saving energy, while the electricity department is not sure about the idea.

The municipal corporation is working on 35 km BRTS routes in the city. There are three routes and have 30 bus stations on

Dinkar Gojare, in-charge of BRTS, speaking to the publication said, “We have introduced a solar panel system for saving electricity. We have estimated that around Rs 17 crore would be required for solar components. We are trying to get help from the Centre for the initiative.” Head of PMC’s electrical department, Shrikrishna Choudhari, said, “BRTS bus stops need more electricity compared to regular stops and streetlights. The automatic doors are operated by motors. We would have to check the area of solar panels, the intensity of sunlight, collection of solar energy and the need of energy to operate the automatic doors, LED displays and TV panel, etc. We cannot use solar energy for the entire bus stop.”