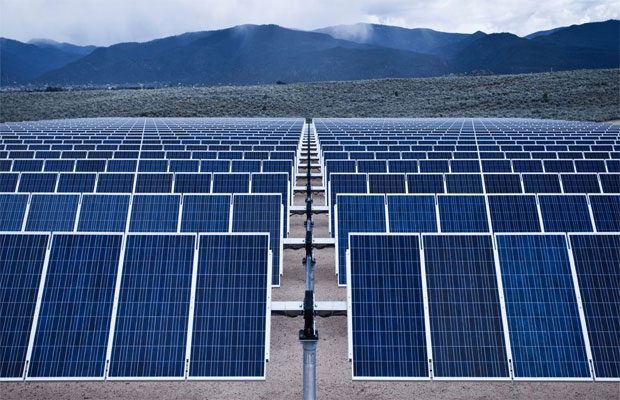 The Madhya Pradesh government’s ambitious ultra mega solar power park at Rewa has attracted 20 companies for 10 times the required capacity of 750 MW. ReNew Power and SoftBank promoted SBG Cleantech have bid for all the three units of 250 MW each.

Rewa Ultra Mega Solar (RUMS) Ltd, an equal venture of Madhya Pradesh Urja Vikas Nigam Ltd and the Solar Energy Corporation of India, would now be holding an auction for the project that is touted as the biggest single site solar park in the country.

According to the bidding rules, the lowest initial tariff would be the base price for the reverse auction. “To prevent tariffs from opening too high, bidders quoting top two initial tariffs would not be allowed to bid,” said Manu Srivastava, chairperson, RUMS and principal secretary, new and renewable energy, Madhya Pradesh government.

Prior to the auction, bids would be examined for the net worth and other criteria. Bidders are required to have a net worth of Rs 300 crore for one unit and Rs 550 crore for two units and Rs 750 crore for three units. The project is planned to be split into three units of grid-mounted solar photovoltaic power plants of 250 MW each.

The selected bidders will sign two set of PPAs with Delhi Metro Rail Corporation and the state government-owned Madhya Pradesh Power Management Corporation Ltd (MPPMCL). While DMRC is likely to buy 121 million units (kilowatt per hour) from each of three units, MPPMCL will book 80 per cent of the generation capacity.

The project, at Gurh Tehsil in Rewa, would be supplying solar power to meet almost the entire day time requirement of Delhi Metro. This would also enable the Rewa project to supply the bulk of the power within the state during peak demand hours of midday. Bidders are not being offered any viability gap funding but will straight enter into a plug and play model with transmission connectivity. The tariff for solar power has been falling with a solar park at Andhra Pradesh attracting an initial tariff of Rs 4.63 a unit.

For the Rewa project, there would be three tier payment security mechanism comprising the letter of credit (LC) of 1.25 times average monthly billing for 12 months, Payment Security Fund, to be created by RUMS and state guarantee for MPPMC’s payment obligation under the PPA.