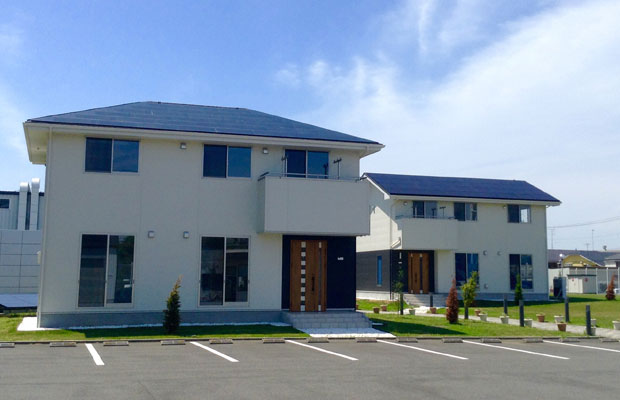 Solar Frontier has announced the launch of SmaCIS, a solar power system specifically designed for homes and positioned as a strategic product to serve Japanese domestic residential market that is forecasted for increased solar power demand. The system includes specially developed and uniquely constructed mounts with CIS thin-film solar panels of a size that easily fits onto the hipped roofing of Japanese homes.

Solar Frontier plans to commence production of the solar panels at their manufacturing plant in Miyazaki from April 2017, with the system to be launched in July.

SmaCIS takes its name from the “smart” manner in which the CIS thin-film solar panels can be installed. The smart form factor of the solar panels allows for more modules to be outfitted on roofs of complex design, such as on the hipped roofing of Japanese homes; the smart visual appearance of the system makes it aesthetically compatible with the roofs; and a smart, newly developed method of construction reduces the time needed to put the system together by approximately 20 percent.

With rising consumer interest in energy self-sufficiency and the net zero energy houses (ZEH) standardization policy adopted and promoted by the government for 2020, the domestic market for residential solar energy systems is expected to see robust demand moving forward.

Identifying a vital target in Japan’s residential market, including already-constructed homes, Solar Frontier has made the decision to launch a new product that keeps the size of its predecessors while improving upon power output.

Through their high performance in actual power generation, their design and their suitability with the environment, CIS thin-film panels make it possible to achieve solar power generation that fits a variety of needs. With this, Solar Frontier will continue to harness the power of the sun to provide a cleaner, more comfortable life for all.