Home » News » Solar Energy has a potential to give Mumbai half of its power: Study

Solar Energy has a potential to give Mumbai half of its power: Study 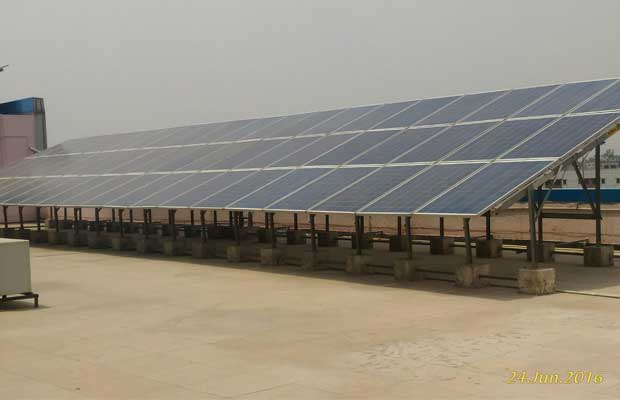 The researchers used city planning maps and development reports from BMC and Google Maps to calculate how much of the city’s rooftop area could be used for solar power generation.

Mumbai has the potential to generate 1.72 GWp solar energy across rooftops including residences, educational institutions, government buildings and industries claims a study carried out to assess the potential of the city. If installed this would give city half of its power from solar energy.

The study started in 2015, conducted by the National Centre for Photovoltaic Research and Education (NCPRE), the Centre for Urban Science and Engineering (C-USE) at IIT Bombay, the Observer Research Foundation (ORF), Bridge to India and IEEE Bombay Section calculated the rooftop solar energy potential at various establishments in Mumbai to help the state government tap the potential in Mumbai and other cities.

The researchers used city planning maps and development reports from BMC and Google Maps to calculate how much of the city’s rooftop area could be used for solar power generation.

Ameya Pimpalkhare, Associate Fellow at ORF speaking to DNA said “A team was trained to map the city based on existing land maps procured from the BMC ward wise, which helped calculate the area of roof tops available.” The team mapped around 30% area in each of 24 municipal wards and calculated the tentative results for the other areas.

The study comes after a thrust by state government for solar energy through the Comprehensive Policy for Grid-connected Power Projects based on New and Renewable (Non-conventional) Energy Sources 2015 which seeks to generate of 7,500 MWp of solar power projects by 2020.

HT citing the study reports that, at 1.3 GWp, the city’s residential areas have the highest potential for rooftop solar energy generation. The study lists out structures with good rooftop potential, including hospitals, commercial buildings, government offices, railway stations and even industries.