Only 1,446 MW of new capacity additions were made in the October-December 2018 period, of which 990 MW was in utility-scale solar and 456 MW in rooftop solar. 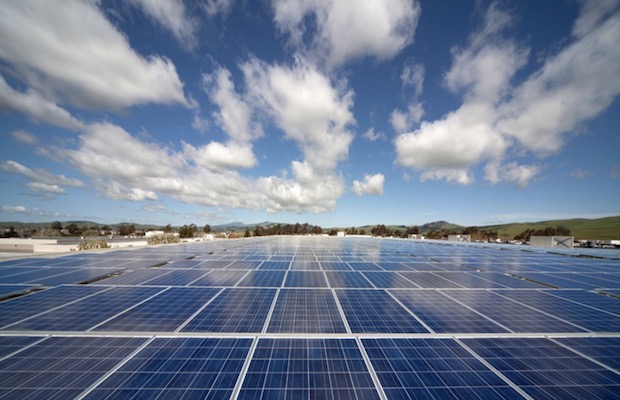 India’s total solar energy generation capacity at the end of December, including the 3.85 GW rooftop segment, stood at 28.05 GW according to a report by the consultancy firm, Bridge To India (BTI).

The report also added that an additional 17.65 GW of solar projects were also under implementation at the time.

The numbers were revealed in the consultancy firm’s quarterly market report, ‘India Solar Compass Q4 2018’, which gives a detailed analysis of capacity addition, tender issuance, market players, price trends for the past quarter and the whole year 2018.

The report further highlighted that only 1,446 MW of new capacity additions were made in the October-December 2018 period, of which 990 MW was in utility-scale solar and 456 MW in rooftop solar.

The utility-scale solar capacity addition has been sluggish since the second quarter ended June 30, 2018, and is down 46 percent over the fourth quarter of 2017. In contrast, the rooftop solar market is growing strongly and is up 47 percent over the previous year, it said.

Vinay Rustagi, managing director, BTI, said in a statement, “2018 was an extremely testing year for the solar market. Pretty much everything that could go wrong, did go wrong. Issues such as safeguard duty and GST created uncertainty for the entire industry, costs went up, execution challenges mounted and to make matter worse, discoms canceled many tenders because of unrealistic tariff expectations.”

In the December 2018 quarter, the highest capacity (200 MW) was added in Andhra Pradesh and Gujarat. Karnataka (5,328 MW), Telangana (3,501 MW) and Rajasthan (3,081 MW) continued to be the top-three states by the commissioned capacity for utility-scale solar. In 2018, Adani (740 MW), Acme (720 MW) and Essel Infra (460 MW) were the top-three developers by commissioned capacity. GCL, Risen Energy and JA Solar (all Chinese suppliers) were the leading module suppliers, while Sungrow, ABB and Huawei were the leading inverter suppliers.

“2019 is expected to be better but the new government will have to work hard to re-build investor appetite. Rooftop solar remains a bright spot but even this market has seen some serious policy reversals in the last few months,” Rustagi added.