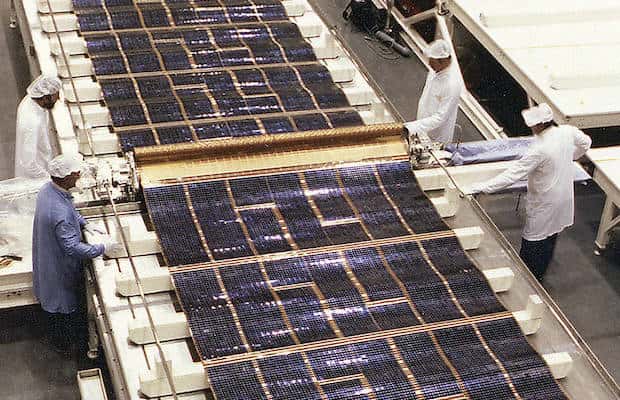 New Mexico-based SolAero Technologies, a leading provider of high-efficiency solar cells, solar panels, and composite structural products for satellite and aerospace applications, has announced that it has been awarded a contract by Maxar Technologies, a trusted partner and innovator in Earth Intelligence and Space Infrastructure, to power the Power and Propulsion Element of NASA Gateway.

Under the terms of the contract, SolAero will design and manufacture solar modules that will supply nearly 70 kW to the Gateway as part of NASA’s Artemis lunar exploration plans, which will enable future missions to Mars.

The modules will be designed and manufactured in SolAero’s state-of-the-art production facility in Albuquerque, NM.  The SPMs will incorporate SolAero’s latest generation, quadruple-junction “Z4J” solar cells, which exhibit superior radiation hardness in the space environment, and utilise automated assembly methods pioneered by SolAero for high-volume production of satellite solar panels and modules.

“SolAero has had the honour of participating in over 30 NASA missions in our 20-year history and we’re once again very proud to have the opportunity to support NASA on a trailblazing endeavour,” said Brad Clevenger, President and CEO of SolAero.

“We’re also excited to continue working with our longtime partners at Maxar to bring our latest generation solar cell technology and advanced manufacturing capability to the Power and Propulsion Element.”